The religious right has hopped on the religious liberty bandwagon again around Washington florist Baronelle Stutzman, who refused to sell flowers to a gay couple for their wedding and was in turned sued — and lost. The florist was offered a settlement of $2,000 (which is the fine associated with breaking the state’s anti-discrimination law) and an additional $1 to settle court costs.

Stutzman has refused the settlement. Of course, that hasn’t thrown the anti-gay activists off their storylines about how this is another example of gay activist “thugs” wanting to jail Christians, or worse:

“Barronelle Stutzman is now going to lose her business, her life savings, and possibly her own home for putting her faith into practice,” Fox News’ Erick Erickson claimed, incorrectly, yesterday.

Stutzman “stands to lose her business, her home, and her personal savings,” a CNN op-ed today wrongly claimed.

And The Heritage Foundation ran this apparently fictive piece today:

In a phone interview with The Daily Signal, Barronelle Stutzman said the decision—and its accompanying fines—will put her flower shop out of business, or worse.

After the fines and legal fees, “There won’t be anything left,” Stutzman said.

What a great fundraising opportunity for Family Research Council, NOM and a slew of other rabid anti-LGBT hate groups. In fact, I just received an email for FRC’s Tony Perkins continuing to spread the lies around Stutzman’s case:

Same-sex “marriage” is tying the knot — right around Christians’ freedoms. While the Left cries “discrimination” for their cause, grandmas like Baronnelle Stutzman are actually the victims of it. Out in Washington State, the long-time shop owner could lose her home just for telling two men that she’d be happy to sell them flowers but couldn’t — in good conscience — arrange them for a ceremony that violated her faith.

Because why bother to tell the truth when it doesn’t converge with your victim storyline?

Let’s see if any of these orgs publish corrections or pull back stories that are not accurate. Don’t bet on it.

Via The New Civil Rights Movement 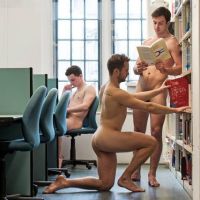