You have probably read about the crazy proposed law in my state of California where a Southern California attorney is collecting signatures for a proposed ballot measure that would enable authorities to shoot gay people in the head for being gay. While the proposed measure is likely to fail, an activist is introducing a counter bill called the ‘Intolerant Jackass Act.’ This whole thing is fucking nuts:

A California resident has filed the “Intolerant Jackass Act” to take out her frustration against the state attorney general’s inability to stop a ballot measure calling for gays to be killed.

Huntington Beach attorney Matthew McLaughlin submitted a proposal, along with a $200 filing fee, last month for the “Sodomite Suppression Act,” which calls for “any person who willingly touches another person of the same gender for purposes of sexual gratification be put to death by bullets to the head or by any other convenient method.”

Attorney General Kamala Harris is required under state law to prepare the initiative, which was properly filed, and forward it to California’s secretary of state so supporters may collect the 365,000 signatures needed to place the measure on the 2016 ballot.

Charlotte Laws said she was “fighting fire with fire” by filing a competing measure with language that mirrors McLaughlin’s but mandates three hours of sensitivity a month for 12 months and a $5,000 donation to an LGBT rights group for anyone found to be an “intolerant jackass.”

Laws, a community activist, said she is aware that her proposal will never become law and likely violates the First Amendment, but the measure is intended to be symbolic.

“We have a very open-minded state and country,” she said. “This is one guy, and there are millions of us who do not agree with this.” 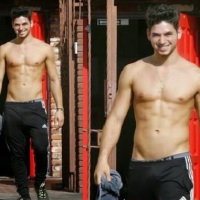 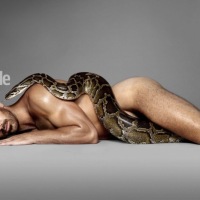