As we reported last summer when Tiger Orange world premiered at Outfest, Frankie Valenti (aka Johnny Hazzard) is not the first gay adult star to transition into the gay indie film world (most recently Sean Paul Lockhart/Brent Corrigan comes to mind). Valenti does have the distinction, though, of receiving nearly 100 percent rave reviews for his acting chops (as does his Tiger Orange co-star Mark Strano). The duo have each nabbed Best Actor honors on the gay film fest circuit for their portrayals of Chet and Todd, a pair of small-town brothers who each grapple in different ways with their gay identities in the aftermath of their father’s death. With Valenti playing the out and proud bad-boy to Strano’s uptight closet-case, the tension between them (no, not that kind of tension) builds steadily over the course of the film.

Watch the trailer below: 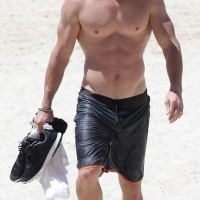 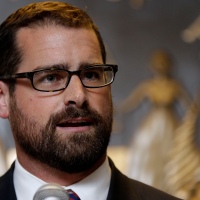