Just when you thought gay conversion was on the way out, ABC News (surprisingly) has dived into the issue head first and will broadcast a report on tonight’s “20/20.”

Via The New Civil Rights Movement:

ABC News’ “20/20” Friday night will report on anti-gay so-called conversion therapy camps run by pastors and preachers who use “the Bible and sometimes the belt” to try to change children from being homosexual or bisexual to heterosexual.

Despite the practice being emotionally damaging and dangerous, despite being opposed by every major medical organization in the country, and linked to self-harm and suicide, Christian parents are still sending their children away to these torture camps.

“Christian ministries or camps, where gay teens are sent by parents who want their children to change their sexuality,” Ross says. 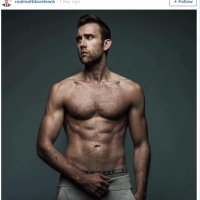