Well Strung is a gay singing string quartet who perform frequently on the East Coast – including gay vacation spot Provincetown, Mass. This makes them very doable. Watch them perform this week at the opening of an arts center in Orlando above. And, here they are with far less clothing… How have I not … END_OF_DOCUMENT_TOKEN_TO_BE_REPLACED

END_OF_DOCUMENT_TOKEN_TO_BE_REPLACED 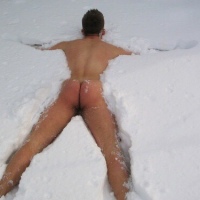