“Following everything that was said during this campaign by our now president-elect, it is entirely reasonable to be nervous and even angry,” wrote Schumer.

“I am not sure what will come next after so many fought so hard fohttp://ift.tt/2ge7AYhr so long to gain the right to say ‘love is love’ no matter what.”

Read his full letter below:

After a hard-fought campaign that has left so many of us tired, bitter, and disappointed, I deeply admire the fortitude, character, and patriotism of both my friend Hillary Clinton for her gracious concession speech and President Barack Obama, who has, as ever, set a mature and professional tone regarding the transition of power our nation must soon execute. Their grace, class, and composure inspires us. As President Obama said, “That’s the way politics works sometimes. We try really hard to persuade people that we’re right and then people vote. And then if we lose, we learn from our mistakes, we do some reflection, we lick our wounds, we brush ourselves off, we get back in the arena, we go at it. We try even harder the next time.”
There are many fellow citizens — the LGBT community, immigrants, communities of color, women, our young people, Democrats and progressives of all stripes — who are profoundly worried about what the future holds. And following everything that was said during this campaign by our now president-elect, it is entirely reasonable to be nervous and even angry. I am not sure what will come next after so many fought so hard for so long to gain the right to say “love is love” no matter what. I am worried about what tomorrow holds and what this new administration may attempt to roll back.
But I write to you today to say I will do all in my power to prevent any backsliding on hard-won rights and to push back against a national discourse that allows for anything less than a full measure of respect for all Americans and would-be Americans.
I will not forget what happened at Stonewall or what happened at Pulse — or any of the countless physical assaults, emotional taunts, and bullying endured by homosexual fellow citizens over the generations. I will not forget North Carolina’s passage of House Bill 2 or the trickle-down of hateful rhetoric inspired by these laws that causes children to take their own lives rather than continue to face the torment of bullies at school. I will not forget the 24 transgender Americans murdered this year alone.
But I also won’t forget when West Point opened the doors of its historic chapel for its first same-sex wedding after President Obama repealed “don’t ask, don’t tell.” I won’t forget Edie Windsor’s boundless joy when the Supreme Court handed down its decision to make marriage equality the law of the land. And I won’t forget my family, my friends, my colleagues, or the New Yorkers who depend on me to protect their constitutional rights.
The truth is, I am also depending on you. It’s a terrible fact that there have always been bullies, and there have always been people with hate in their hearts. We will always be stronger.
Keep fighting; keep working; keep pushing for all LGBT Americans, all Muslim Americans, all Americans with disabilities, all Latino Americans, all African-Americans, all white-black-brown working-class Americans struggling to have a fair shot at the American dream. And keep in the back of your head the words preached by the Rev. Dr. Martin Luther King Jr: “The arc of the moral universe is long, but it bends toward justice.”
In the past decade, our country’s progress toward full equality for LGBT citizens leaped forward in ways that many of us never would have predicted just a short time ago. In the last 10 years alone, I went from being one of the first politicians to even walk in the New York City Pride Parade to watching marriage equality become the law of the land. Our country does change for the better, but not on its own. We worked hard for that progress, and we will expend every ounce of our ingenuity and effort to defend it. 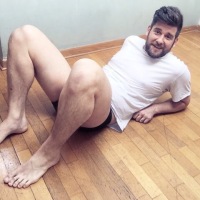 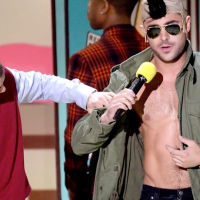 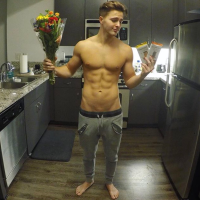 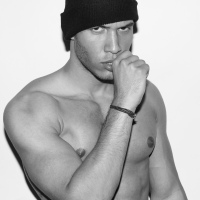