In a podcast posted yesterday, Fox News’ Todd Starnes spoke with Franklin Graham about the upcoming election and the fight over North Carolina’s recently enacted anti-LGBT law, with Graham lamenting that “President Obama sold himself completely to the gay and lesbian community.”

Graham told Starnes that Obama is pushing “dangerous” nondiscrimination measures that will allow “sexually perverted people to take advantage of women,” and now states like North Carolina are facing pressure from “a very wicked agenda within the Obama administration.”

America, according to Graham, is now facing a moral 9/11.

“The country is imploding,” he said. “We are seeing a moral implosion. Just like we saw the World Trade Center on 9/11 when the planes hit the tower, they imploded, they fell from within, and this is what’s happening to our country, we’re falling within. Our foundations have been weakened by immorality and it’s beginning to crumble.”

“I want the school boards of America in the hands of evangelical Christians within the next four to six years,” he said. “And it can happen and that will have a huge impact because so many school districts now are controlled by wicked, evil people, and the gays and lesbians, and I keep bringing their name up, but they are at the forefront of this attack against Christianity in America.”

While Graham said that he is not endorsing any candidates, he made it clear which candidates he doesn’t want people to support: the communist progressives.

“The problem we have in our country today,” he said, “is we have allowed the progressives and these people to send secularism — to take God out of our government. When I was growing we were afraid of the Red Threat, that the Russians were coming, and when the Berlin Wall came down we all sighed a sigh of relief. But secularism began to slowly come into government and secularism is the same as communism, it’s godless, and we have allowed godless secularism to take control of Washington, state houses, mayors, the local level, our schools, we have taken God out of our schools.”

He said that in some races, conservatives “may have to hold your nose” while voting for a certain candidate but that they should still vote, a likely nod to Donald Trump’s candidacy. 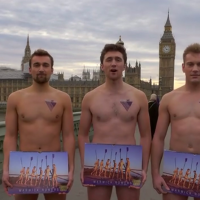