U.S. Senator Ted Cruz is pushing the State Marriage Defense Act, legislation that if signed into law could accomplish two objectives. First, redefine marriage at the federal level to remove from hundreds of thousands of same-sex couples the federal government’s recognition of their marriages, and thus, any corresponding federal benefits they are afforded, now or in the future. And second, should the U.S. Supreme Court not find a right to marriage for same-sex couples, encourage states that do not wish to recognize those marriages to potentially nullify them.

While being framed as states’ rights legislation, the bill’s language makes clear Cruz’s actual intent, and the bill’s ramifications.

“Congress recognizes that current actions by the Federal Government to afford benefits to certain relationships not recognized as marriages by a person’s State of residence go beyond the Supreme Court’s ruling in United States v. Windsor,” the bill reads.

Currently, the federal government has been recognizing all same-sex marriages legally performed in states, even after the state has refused to do so.

Cruz’s bill also changes the federal definition of marriage, by stating “the term ‘marriage’ shall not include any relationship which that State, territory, or possession does not recognize as a marriage, and the term ‘spouse’ shall not include an individual who is a party to a relationship that is not recognized as a marriage by that State, territory, or possession.’’ 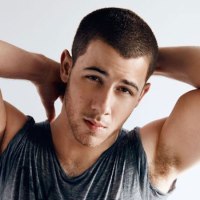